I decided to leave for Bangkok a day early. The gentle demeanor of the Nepalese people evaporates on the streets of this super-over-crowded city.  The infrastructure that could manage 500,000 people a few years ago has not been improved, so the five to seven million people who are here share, somewhat aggressively, the limited public space.  There is a flow of sorts, but it’s as bumpy as the backstreets and alleys in which I spend most of my time. 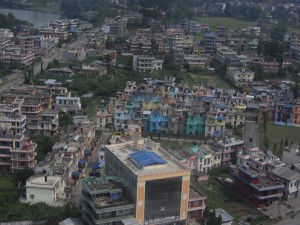 The two hot nights and days in Kathmandu with no AC and no electricity were enough for now. I packed, checked out of the hotel and was at the central ticketing office at 9:15 am, a bit before opening time. With new ticket in hand, I was in a taxi on the way to the airport by 10:00 am, anxious to get to Bangkok with its smooth roads, luxury cars with working shock absorbers and intact seats. 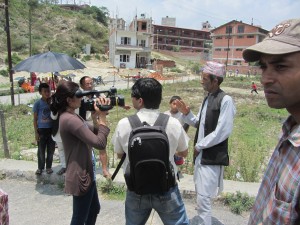 I suddenly, unexpectedly, love Bangkok, even with a traffic jam that took one and a half hours from the airport instead of the usual 40 minutes.  We’re friends today, Bangkok and I.  Had a great massage, a good meal and quiet, clean suite with AC, a luxury bed, and wifi. 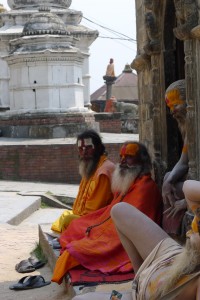 I had been out of the world of Internet and phones for three weeks.  Bangkok is my chance to integrate Mustang into America.  I talk about re-entering civilization, but I feel like I left civilization when I left Mustang and entered the madness of a much less civilized world in Kathmandu and Bangkok.  My soul lives in the mountains and was nourished in the monasteries of Mustang.  I need time alone now to integrate, catch up on email and write.  Alone in Bangkok for three days is oddly perfect. 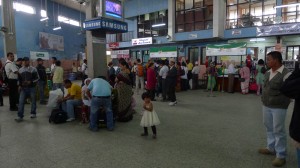